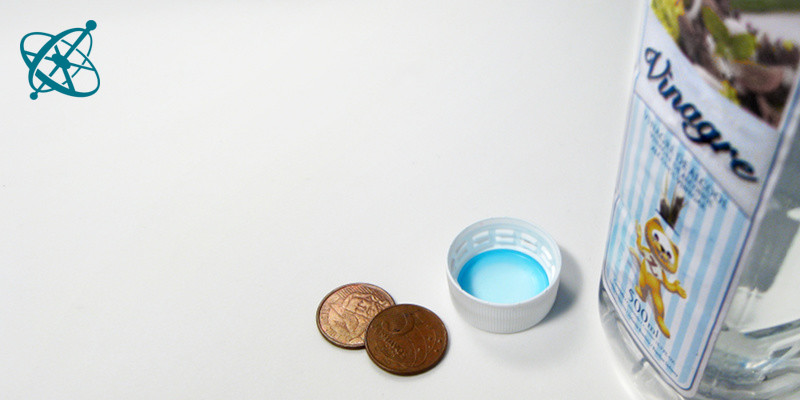 Want a coin to look ancient and shiny new at the same time? 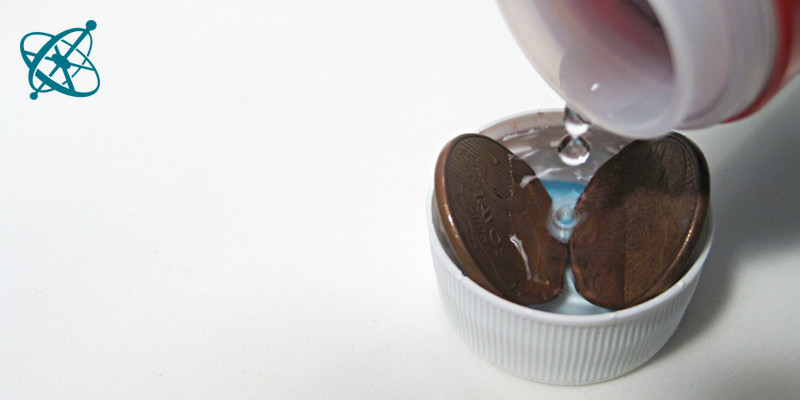 Make half of the coin stay in vinegar. 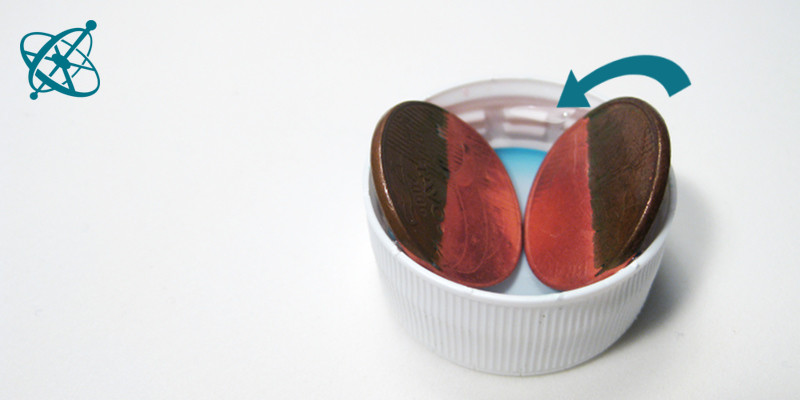 Rotate after about a minute. 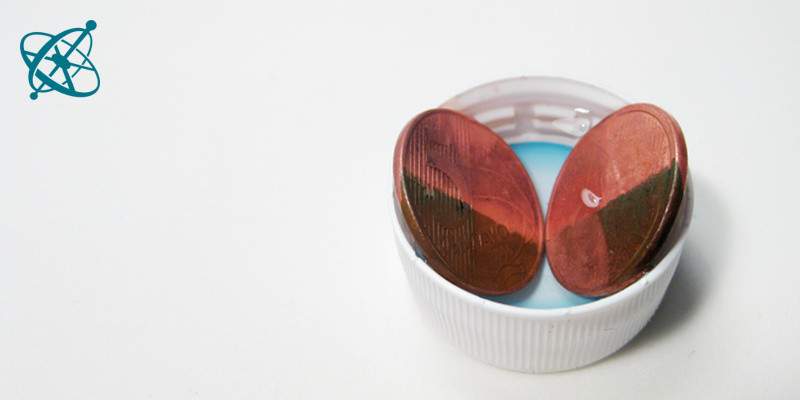 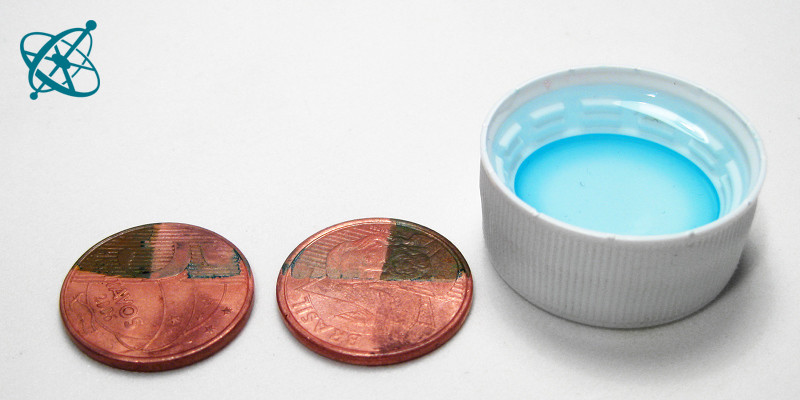 …and discuss what happened to the different parts.

One simple experiment that simultaneously demonstrates two examples of corrosion: A rather obvious one, forming a green patina (the same that makes old copper roofs and monuments look so nice), and a less visible one that apparently 'cleans' the surface.

Chemical reactions depend on the medium in which they take place.

Place two copper coins in a cap of a plastic bottle, so that their top part reaches over the edge of the cap. Then fill the cap halfway with vinegar. After one minute, turn each coin by 90 degrees, so that half of the part that was previously in the vinegar is now outside. Let it stand for 20 more minutes, then take a look again.

1. What changes do you note?

2. Why is the reaction different inside the vinegar and above it?

3. Does a copper monument exposed to the 'elements' gains or looses mass over time?

What difference does the medium (liquid/gas) make?
› In the liquid, the reaction products can dissolve and be 'washed' from the surface.

Do the products of the corrosion process stay on the metal surface?
› Depending on the circumstances, i.e. weather, they may stay for some time (making the monument 'gain' a tiny bit of weight) or be washed away by rain (making the monument loose a little mass over the long run).

Above the vinegar, the coins start to build up verdigris – a typical patina for copper, which consists of different chemical compounds like copper carbonate, dicopper chloride trihydroxide and copper(II) acetate. These compounds need oxygen from the air to form.

Drops on a coin