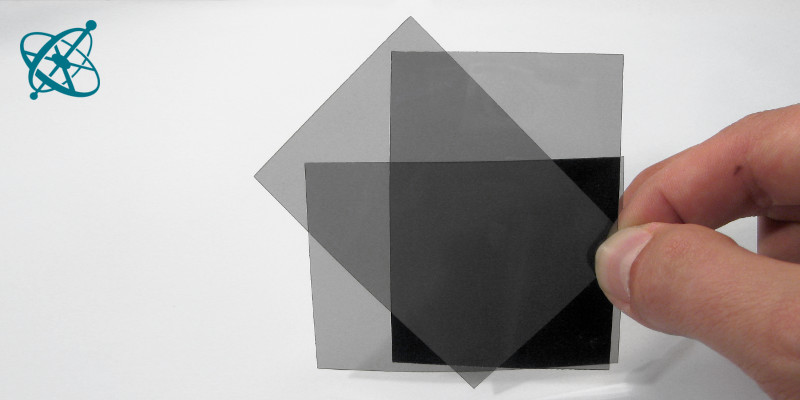 How does a third polarizer make light pass through crossed polarizers? 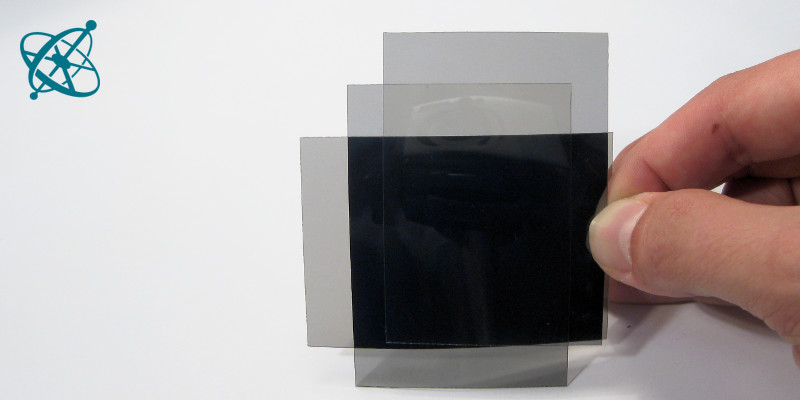 And why does it depend on the angle between the polarizers?

No light comes through crossed polarizers. But when you hold a third polarizer between them at an angle, suddenly light can pass.

Paul Dirac famously used this simple observation to demonstrate the "The Principles of Quantum Mechanics". But even if you don't plan to teach quantum physics, it is worthwhile to spend a few minutes to discuss the consequences of this experiment.

A polarizer can change the polarization of light.

A polarizer absorbs (or reflects) the component of the electric field that oscillates in a specific orientation and lets pass the component perpendicular to it.

Hold two crossed polarizers, i.e one rotated by 90 degrees towards the other, so that together they look black. Then hold a third polarizer between them at an angle of 45˚.

1. Why can light pass these three polarizers, but not the crossed two?

What happens if the polarizer in the middle is not hold at a 45˚ angle?
› Less light passes through all three polarizers.

How much of unpolarized light is polarized exactly along that polarizer's axis?
› A tiny fraction. Almost all the light is polarized under some angle to the polarizers axis. Think of a pencil that fell to the ground: it rarely lies exactly parallel to the floorboard.

Why then does half of the light pass a single polarizer, and not just the tiny bit exactly oscillating along its axis?
› A linear polarizer lets pass the component of the electric field that oscillates in a specific orientation. As long as the light is not polarized perpendicular to the polarizer's axis, there is always a component along this axis. These components, integrated over all directions in unpolarized light, sum up to half of the light.

Does a polarizer change the polarization of light?
› Yes. Before a polarizer, only a small fraction of unpolarized light is oscillating in one orientation. Yet behind it, all of the transmitted light – that is half or the incident light – is polarized in the same direction.

Plastic polarizing films consist of conductive molecular chains which are oriented in the same direction. Electrons can move freely along these chains – but not perpendicular to them. The electric field of an incident light wave will thus be absorbed if it is orientated along these chains (the energy is used to move the electrons and then transformed into heat), but not be affected if it is oriented perpendicular. If the electric field oscillates under an angle to the chains, only the component in the direction of the chain will be absorbed, while the transverse component is transmitted – according to the same principles of vector decomposition your students are familiar with in the context of forces. It is important to note, though, that the transmitted light changes its polarization in the process.

In conclusion, the polarizer you hold between the crossed polarizers not only absorbs some of the light, but also changes the polarization of the transmitted light, so that a part of it can pass the last polarizer.