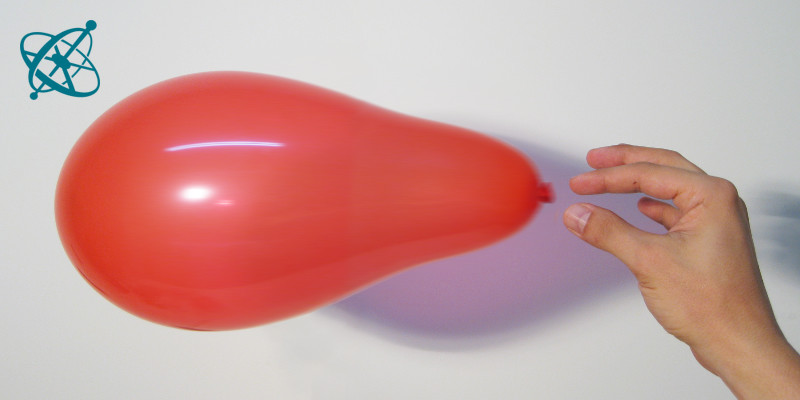 What propels a released balloon? 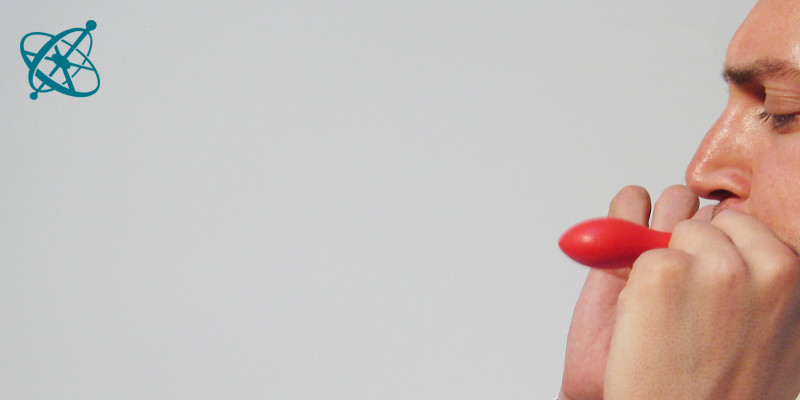 Why do you need force to inflate a balloon? 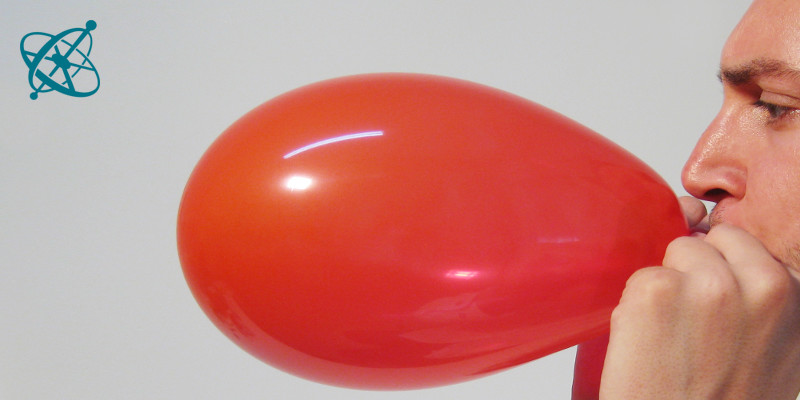 What keeps the walls apart and the balloon expanded? 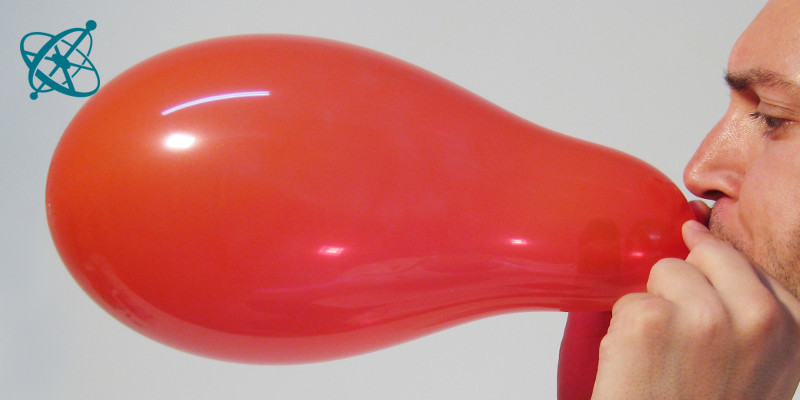 The invisible force within (a balloon)

There are many elaborated experiments that show the force of air pressure with pumps and other advanced equipment. But just a few questions about an everyday experience – the inflating of a balloon – can make clear why air exerts a force on objects. If your time allows, you could combine it with 'Weight of air'.

Air consist of molecules, small particles that have mass and kinetic energy.

Ask your students to inflate a balloon and hold it without making a knot.

1. Where does the force come from that stretches the rubber and keeps the balloon expanded?

2. If you release the balloon, what force makes it move?

The experiment may seem trivial, but a detailed discussion will help your students to gain a better understanding of what air is.

When inflating the balloon, the students feel that a force is needed to blow air into the balloon. The air then exerts a force on the balloon's wall, stretching the rubber, until the opening is released and the air escapes. According to Newton's third law, the acceleration of the balloon means that something with mass and velocity is going into the opposite direction. This 'something' are gas molecules, tiny particles that are too small to be seen, but nonetheless have mass and kinetic energy. These molecules are bouncing from wall to wall inside the balloon, exerting a force that keeps the walls apart and the balloon inflated.