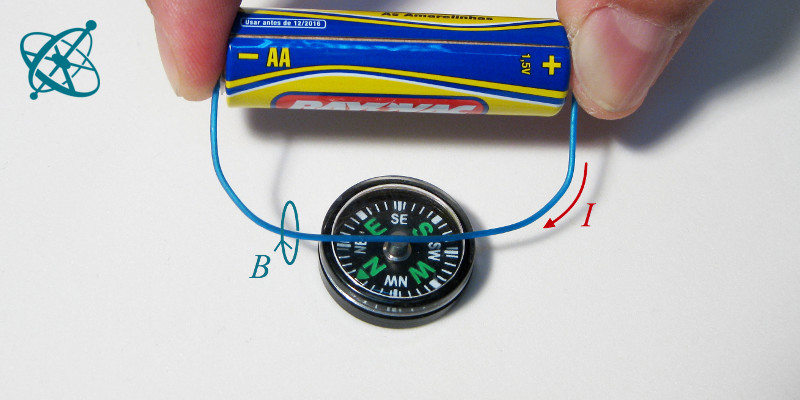 Ørsted noted that an electric current deflects a compass needle… 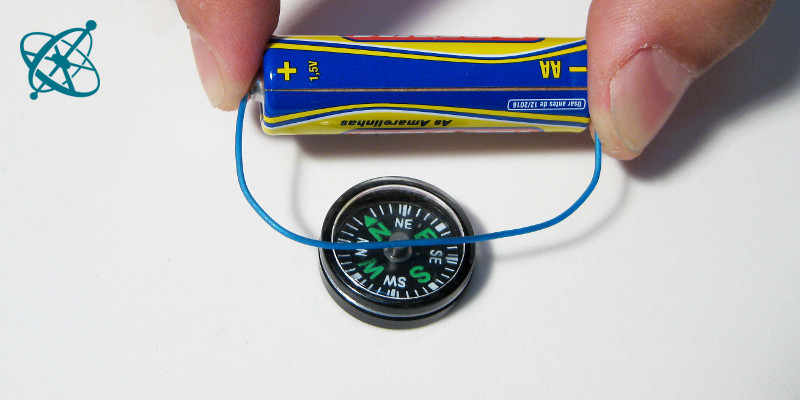 …and concluded that electricity and magnetism are linked. 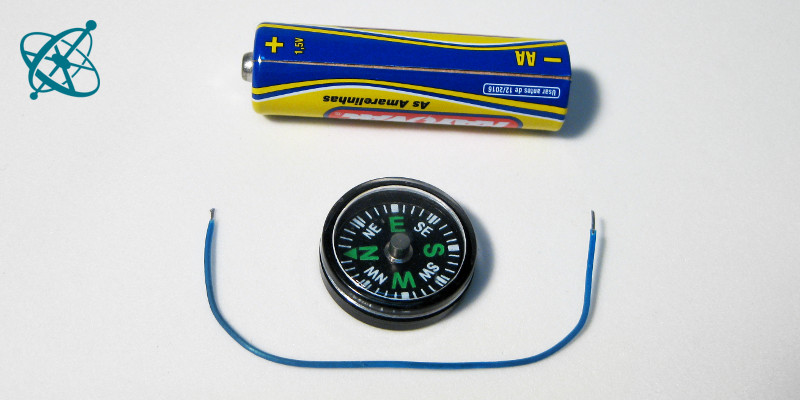 It is said that Hans Christian Ørsted noted this effect rather by accident when preparing a lesson: an electric current passing through a wire deflects a compass needle. This apparently small discovery made it clear to him that electricity and magnetism are closely related.

Great discoveries can be made by simple means – if you have an inquisitive mindset.

Briefly connect the two ends of the battery while the wire hangs over the compass.

1. What is moving the compass needle?

How does a compass know where North is?
› It doesn't, the needle simply aligns to the Earth's magnetic field.

How does the compass needle react when you switch the poles of the battery?
› It swings to the other direction.

What changes when you switch the poles?
› The direction of the electric current running through the wire.

So what generates the magnetic field, to which the compass needle aligns?
› The electric current in the wire.

The experiment shows that electricity and magnetism are closely related. Your students should note that the direction of the current determines the sense in which the compass needle is deflected.

Holding the wire vertically and moving the compass around it, your students might even find the rotational geometry of the magnetic field the current generates (often referred to as 'right hand rule').