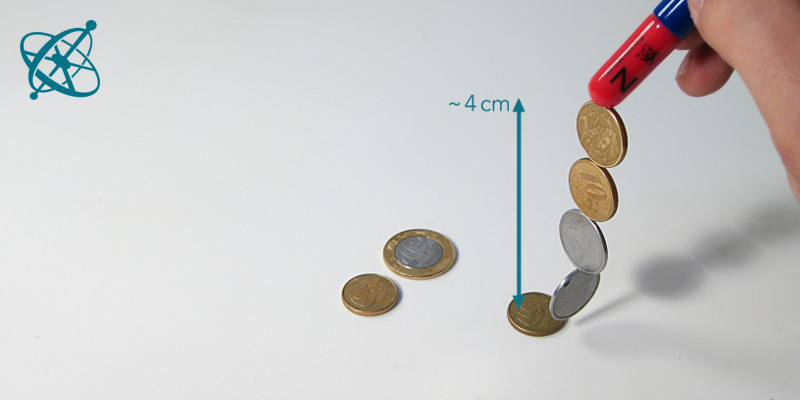 How far does the magnetic force reach? 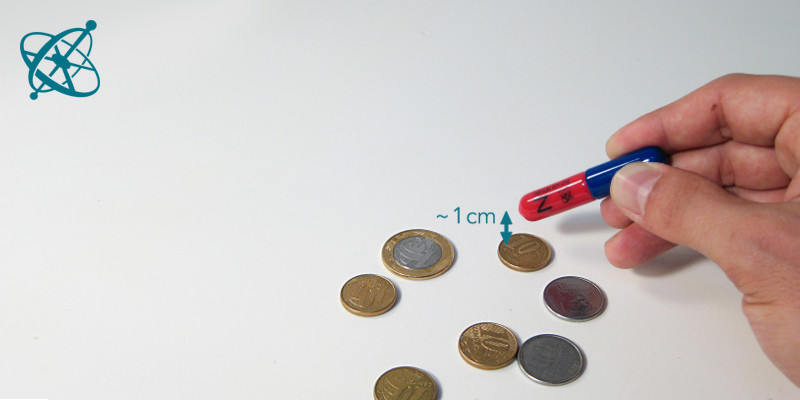 To pick up one coin, you have to get quite close. 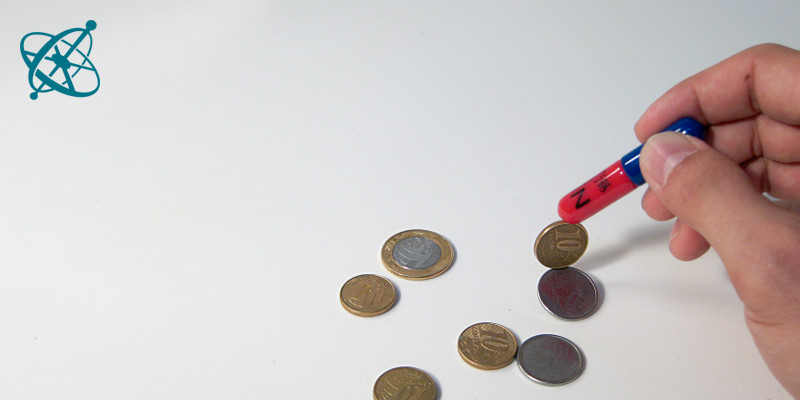 But once you have one attached,… 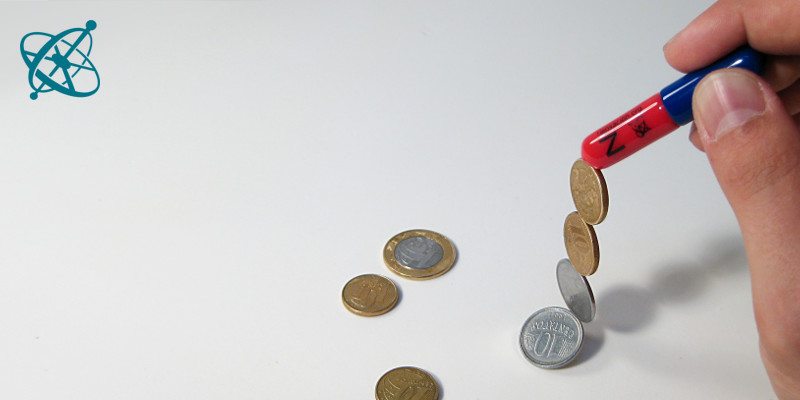 …you can pick up others at greater distances.

Materials that are attracted by a permanent magnet can extend the reach of the magnetic force.

Ferromagnetic objects in a magnetic field (temporarily) align their magnetic domains and become magnets themselves.

Use a magnet to pick up two or three coins in a chain.

1. To pick up a single coin with the magnet, you have to come rather close. Why can you lift coins from a far greater distance if other coins are in between?

What happens to the magnetic force when a coin is attached?
› It is extended by the coin.

Does the coin itself become a magnet?
› Actually yes, although it usually looses this property quickly after it becomes detached.

Ferromagnetic materials, like the metal in the coins, align their magnetic domains to an external magnetic field (see also 'Find my direction magnetically'). They thereby become magnets of their own, able to attract other ferromagnetic objects and thus 'extend' the reach of the magnet. However, not all the magnetic domains will align, and the field becomes weaker with increasing distance from the permanent magnet. It is therefore not possible to attach an infinite number of coins.