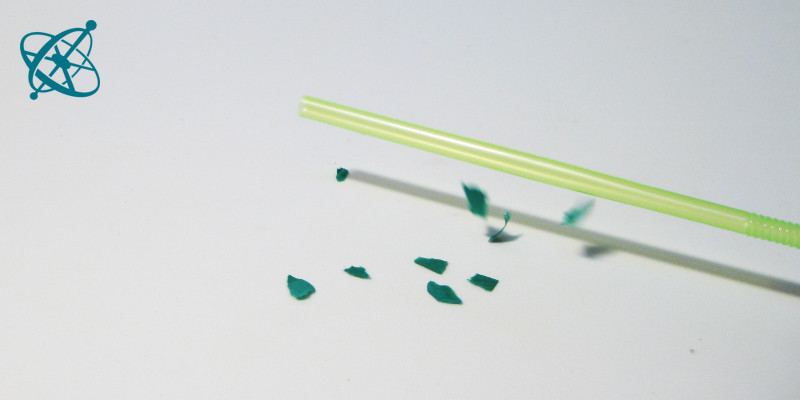 What makes the paper dance? 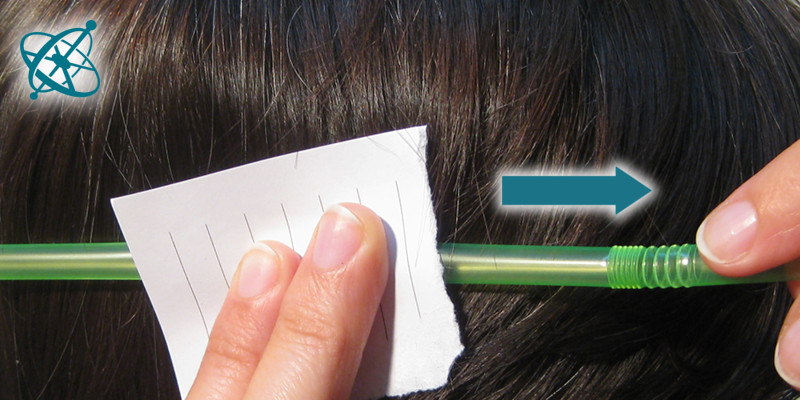 A quick way to charge your straw. 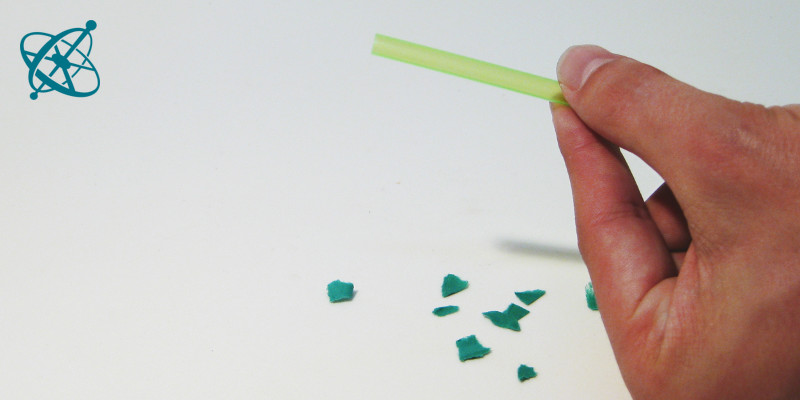 An even faster way to… 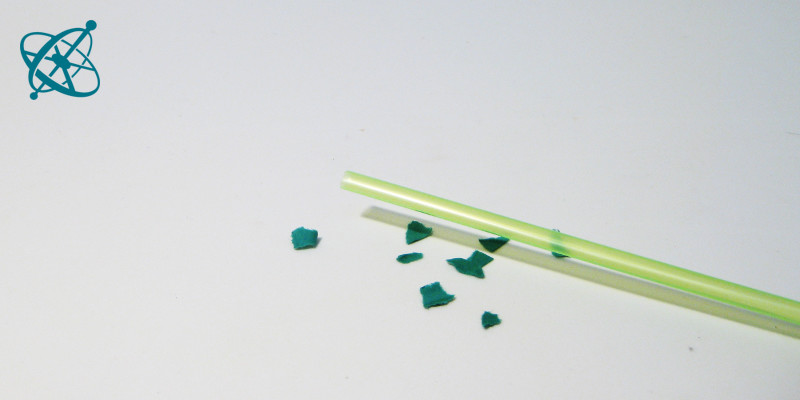 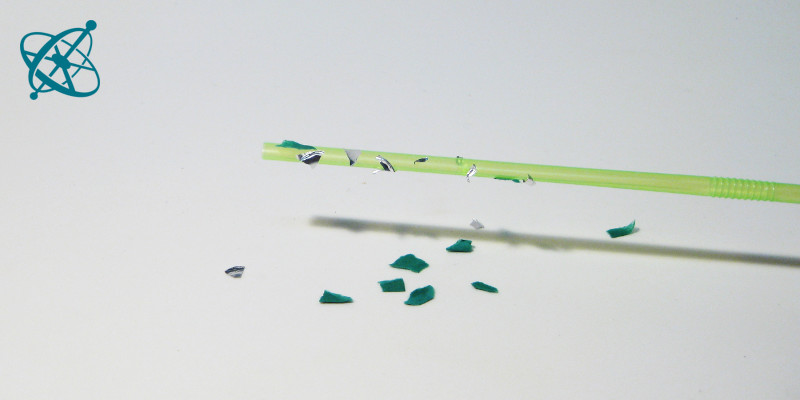 The effect is a bit stronger with aluminum foil.

This is one of the simplest experiments your students can conduct with electrostatics. It only takes a minute, but it includes rich lessons on electrostatic charging, discharging and inducing charges.

Gain a feeling for electrostatic effects.

Rubbing different materials against each other separates electrical charges, leaving one material with an electron surplus and the other with positively charged vacancies.

An electric charge can induce a charge in a neutral object, which then will have a slightly higher concentration of electrons on one side than on the other.

An electrically charged object discharges when it comes in contact with humidity, e.g. in the air.

If the humidity in the air is high, the straw will discharge quickly and the phenomenon becomes more difficult to observe. At intermediate levels of humidity it can help to use snippets of aluminum foil instead of paper.

Pull on a straw while you press it against your hair with some paper. Repeat this two or three times in the same direction. Then hold the straw over the paper snippets.

1. Why are paper snippets now attracted to the straw?

2. Why does this attractive force get weaker after some time?

What happens while you pull on the straw squeezed between paper and your hair?
› The friction strips electrons from the hair and paper which stay at the straw's surface. The straw thereby becomes negatively charged while the paper and hair become positively charged.

Are the paper snippets electrically charged?
› No. If they where charged, they would attract or repell each other.

How can an electrically neutral object be attracted by a negatively charged straw?
› The paper becomes polarized, meaning the free electrons are pushed away from the straw, leaving positive charged vacancies on the paper's side that faces the straw.

What happens if you touch the straw where a paper snippet is hanging on it?
› The attraction becomes weaker; often the paper falls off.

Does this mean the electrons disappear?
› No, the moisture in the skin makes it conductive, so the surplus electrons move on to your skin and the straw gets discharged.

Can air discharge the straw?
› Yes, if there is humidity in the air (see also the experiments 'Bending water' and 'Breathing water')

1) Negative charges (electrons) from the paper and hair are transferred to the straw when the materials separate (triboelectric effect).

2) Holding the charged straw above a paper snippet repels the electrons in the paper and thus induces a charge, i.e. it polarizes the snippet. The positively charged side of the snippet is then attracted to the straw.

3) Touching the straw discharges it, as does the humidity in the air (just more slowly) and therefore the paper falls back on the table.