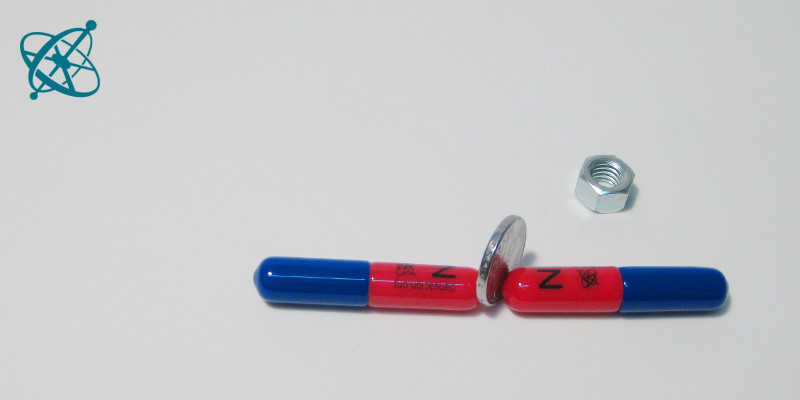 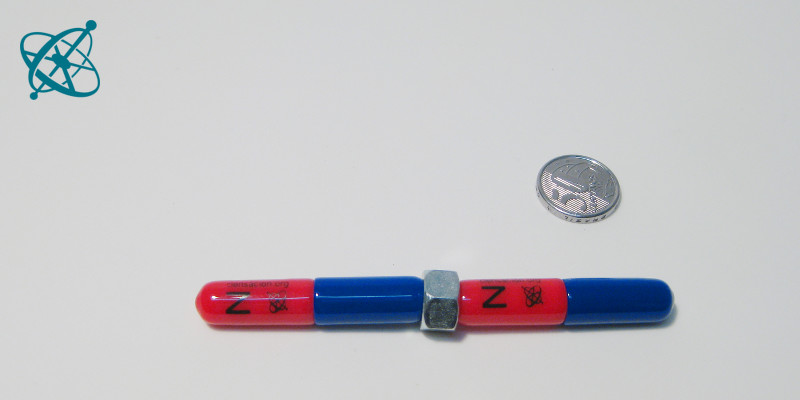 Sure, north and south pole do attract each other. 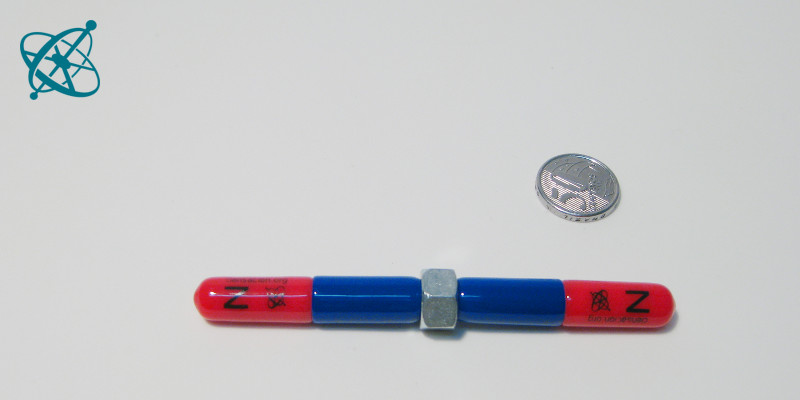 But how is this possible? 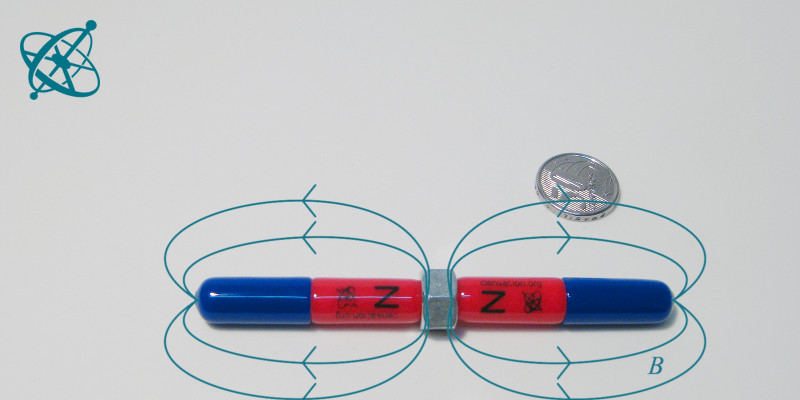 The metal shields the magnetic field… 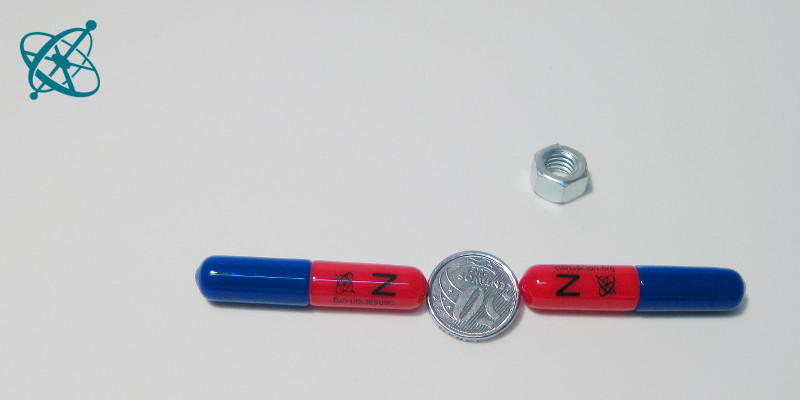 …so that the magnets are attracted to the coin, not each other.

In schoolbook pictures it is simple and clear: equal magnetic poles repel each other. And indeed they do, as long as you don't place a coin between them and feel the attracting force...

Materials with high permeability (e.g. iron or steel) can deflect or even shield magnetic fields.

1. Align two magnets with equal poles facing each other, and slowly bring them together until they touch. What force do you feel?

2. Bring a small coin between the magnets and repeat the experiment, carefully observing the force you feel at different distances.

Why does this work with coins but not with paper or plastic?
› Only materials with high permeability, i.e. the ability to be magnetized, show this effect.

Does this experiment work with very thin metal sheets?
› No, the material needs to have some minimum thickness.

The coin is made of ferromagnetic material and therefore attracted to magnets. It also has a high permeability, and can shield the repelling magnetic fields from each other. However, since the diameter of the coin is relative small, the shielding is limited to the proximity of the coin. Near the coin, the attraction between the magnets and the ferromagnetic material outweighs the repelling force between the mostly shielded fields. At some distance, on the other hand, where both the attraction and the shielding are weaker, the repelling force predominates.