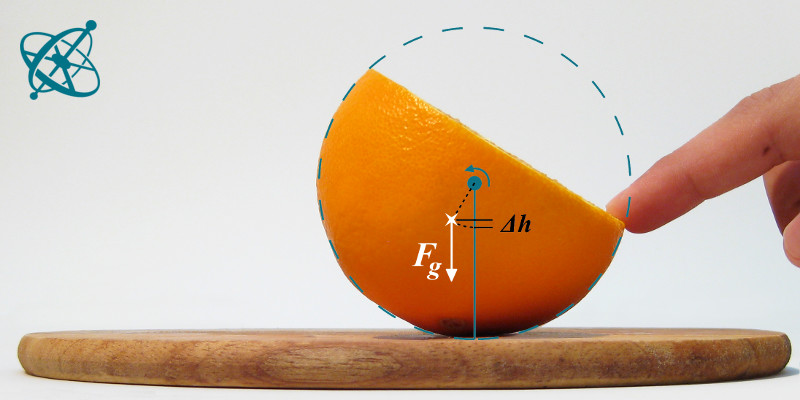 A roly-poly toy from the fruit shop. 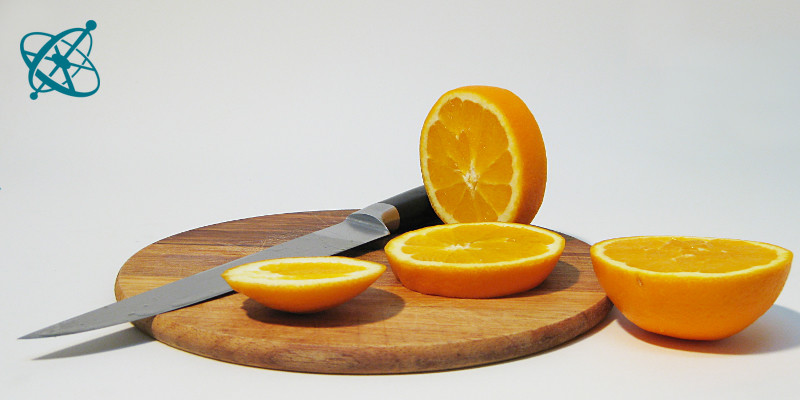 If you cut oranges, you will note… 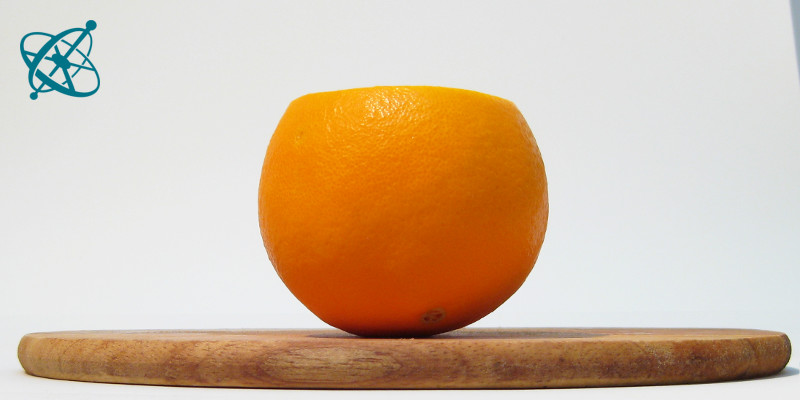 …that independent of its height… 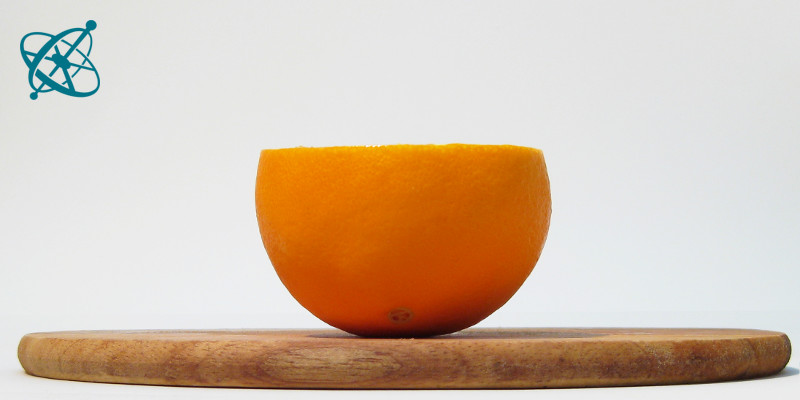 …each part come to rest… 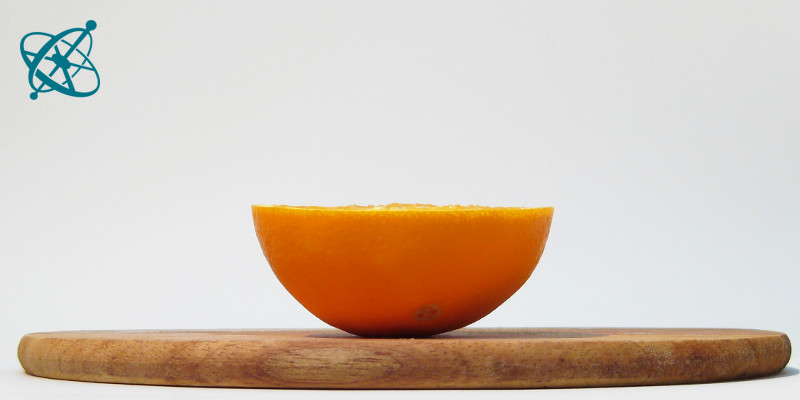 …with the cut face horizontally. 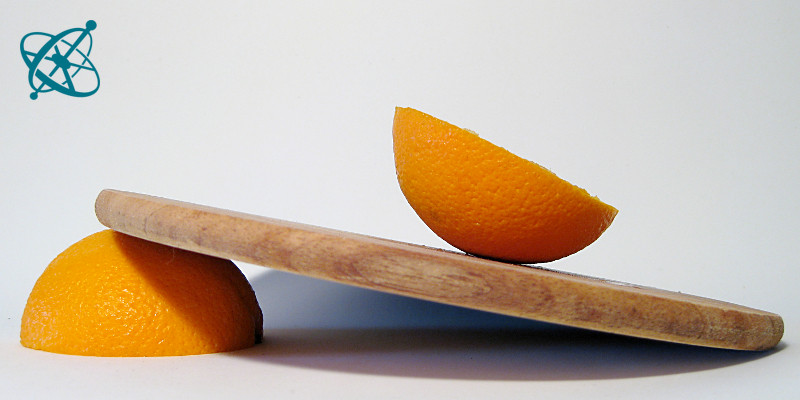 Except on a slope.

It is quite common to see a part of an apple or an orange rocking on a table. This every-day situation offers a good opportunity to introduce or reinforce important concepts of mechanics, such as angular momentum, center of gravity and balance.

Although the task may appear rather basic, the physics and math involved are complex: while a qualitative discussion can be done in a few minutes, a rigorous quantitative analysis can easily entertain a committed physicist for a day.

Train to find the center of gravity, rotational axes and angular momentum in a mechanical system.

Analyzing the mechanics of roly-poly toys.

Cut some oranges into two parts (not all through the middle) and hand each group a piece.

Place the orange piece on a horizontal surface.

1. Why does the rocking fruit always come to rest with its cut face horizontally?

2. What happens on a slope?

Around what axis does the fruit roll on the surface?
› Around the geometric center of the sphere, i.e. the whole fruit, even if this center has been cut off.

Where is the center of gravity of each piece?
› For a whole fruit it is at the geometric center; for parts it is below that point.

What happens if you tilt the fruit?
› You lift the center of gravity (see picture).

Why does the fruit lean to one side on a slope?
› Because that is the position with the lowest potential energy. Tilting the fruit further – or less – will raise the center of gravity.

If you cut off the top of a sphere at any height, the center of gravity of the remaining part is below the geometric center of the sphere. Tilting of the fruit therefore raises the center of gravity. Just like a roly-poly toy, the fruit will rock or wobble for some time before it comes to rest in an equilibrium at the minimum potential energy: with the cut face horizontally.

On a non horizontal surface (with sufficient friction to prevent sliding), the angular momentum around the center of the sphere is countered by another angular momentum that the center of gravity generates around the supporting point (where the orange touches the surface). Under these conditions, the fruit will balance with an inclined cut face, where the angle between the surface and the cut face depends on the cutting height and the slope.