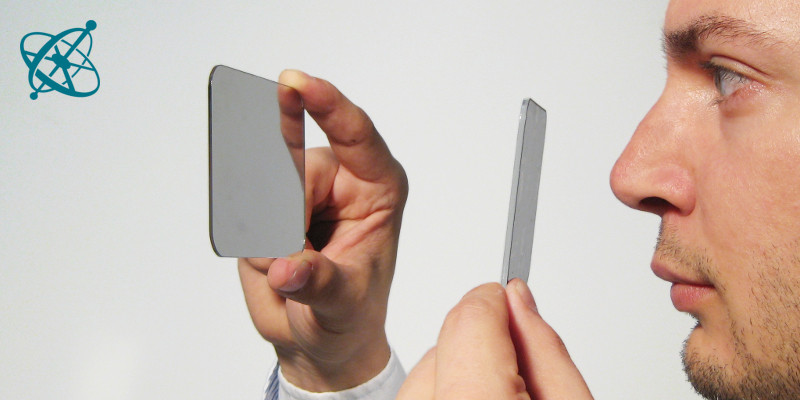 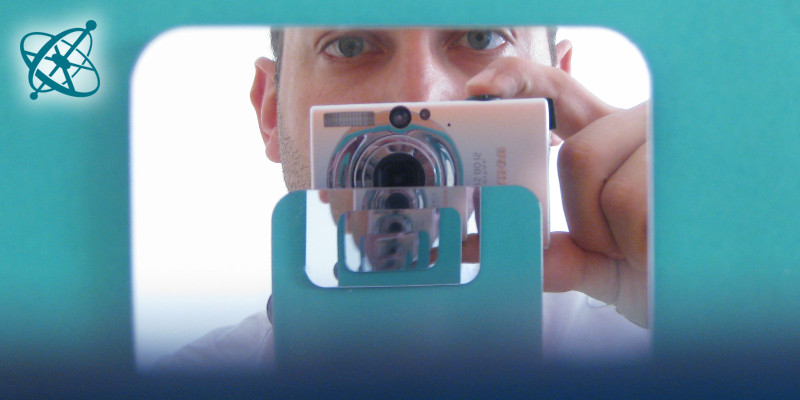 …each one a bit darker than the previous one. 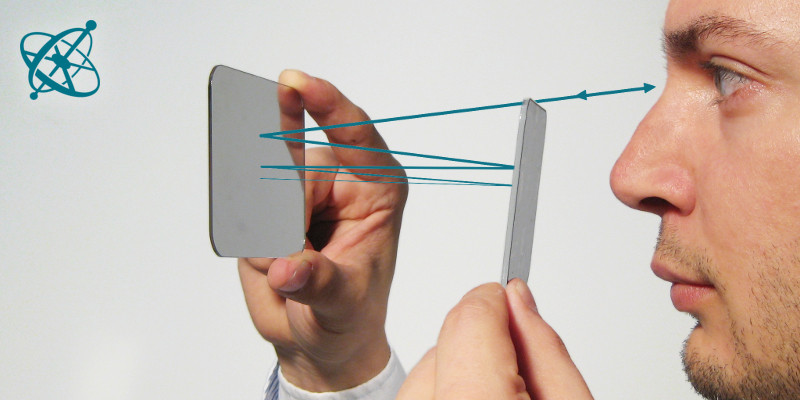 At each reflection, a bit of the light is absorbed.

Normal mirrors (with metallic coating) reflect only around 90% of the light and absorb the rest. By bouncing the light several times between two mirrors, this effect becomes clearly visible – and your students will have a lot of fun while looking into 'eternity'.

Normal mirrors only reflect a part of the incident light.

Hold one mirror's back close to your nose. Then watch this mirror by looking into a second mirror which you hold about 10 cm in front of your nose. If you align these mirrors almost parallel, you will see multiple reflections.

1. Why does the end of the 'tunnel' you see in the mirrors look dark?

At each reflection, the light bouncing between the mirrors looses about 10% of its energy. The further down the 'tunnel' the image is located, the more reflections it has made, and the darker it appears.

Where does the absorbed energy go? In normal mirrors, the electrons on the metallic surface can move relatively freely and oscillate with the electric field of the incident light. However, on the rare occasion that electrons get in the way of each other, some of this energy is absorbed and transformed into heat.

Does a mirror really invert sides?