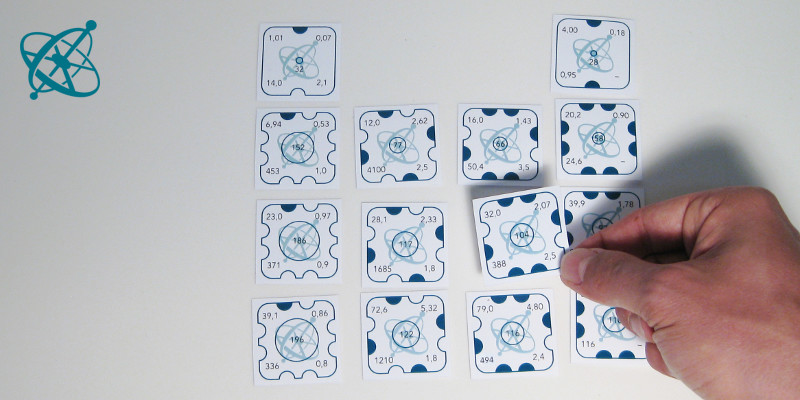 Mendeleev solved the puzzle of elements by creating the periodic table. 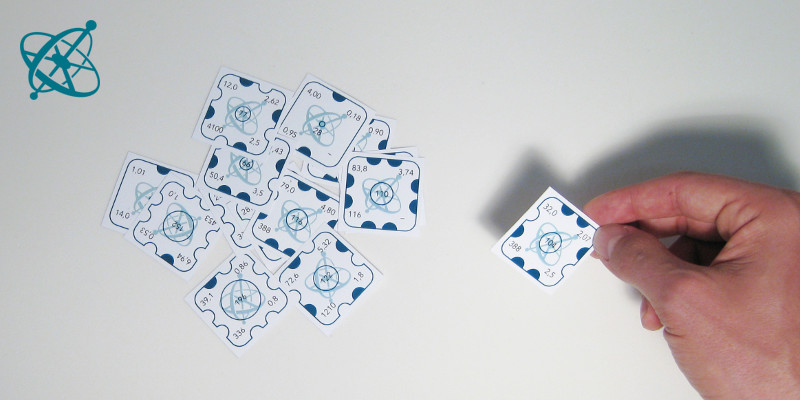 Take out one card before letting your students discover… 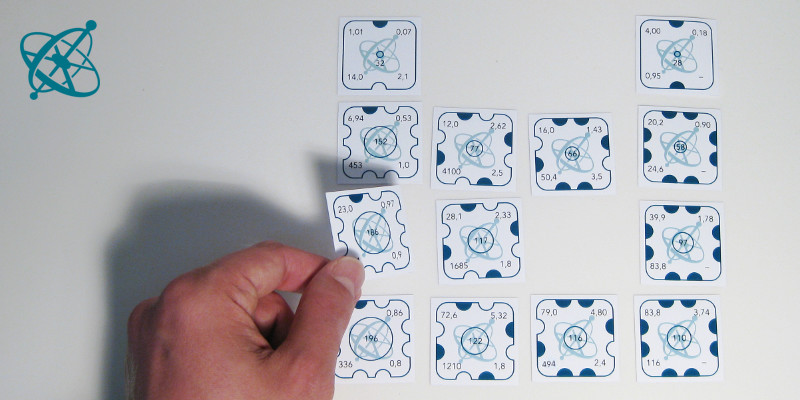 …the patterns and estimate the values on the missing card. 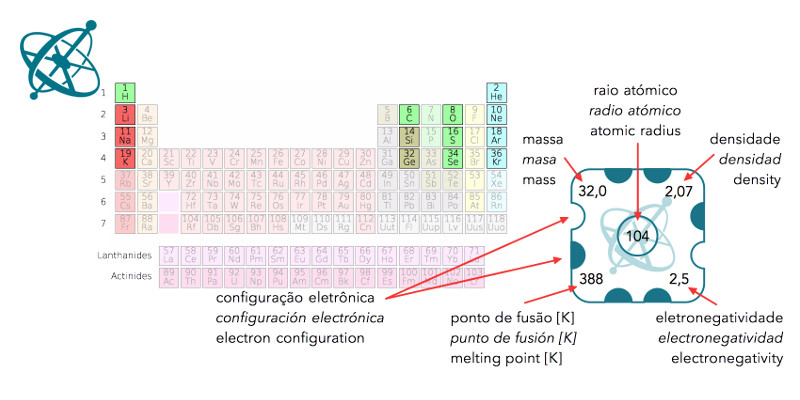 The data on the cards is taken from real elements.

Dimitri Mendeleev noted that there was something regular in the list of chemical elements, with some groups of elements sharing similar characteristics. When he finally discovered the underlying pattern, he was able to correctly predict the existence, and even some properties, of so far unknown elements.

Once your students solved this puzzle, they will see the periodic table with other eyes – and will have gained a far deeper understanding.

Understanding the structure of the periodic table of elements.

Finding patterns and interpreting their meaning.

For each group, print out one worksheet and cut out the cards. Keep the card with "104" at the center of a circle to yourself. Shuffle the remaining cards of each worksheet and bundle them, e.g. with a paper clip.

To speed up the activity, or help students who got stuck, you could draw the U-shaped outline of the solved puzzle on the whiteboard.

There is one piece missing in the puzzle your teacher gave you. Try to figure out how it might look like.

The group that gives the most accurate description of the missing piece wins.

Looking at the marking on the card borders, how would you group them?
› There are four groups with identical border marking and two cards that don't seem to fit in any of these groups.

How would you sort the cards in each of these groups?
› E.g. by increasing numbers, though not all numbers match this pattern.

How could the respective groups be aligned to each other?
› E.g. by an increasing number of dark half-circles on the border.

What patterns do you note for each of the numbers on the cards?
› There are different patterns. While e.g. the diameters of the circles increase diagonally across the cards, other values increase horizontally or vertically.

The cards represent real elements, with the numbers standing for their respective properties (see worksheet legend). When aligned according to their position in the periodic table, the patterns in the different properties become visible. Even if some students invert the order of columns, the patterns of increasing or decreasing numbers will still allow for estimating the values of the missing piece, i.e. sulfur.

This certainly challenging little game conveys the essence of the periodic table. After you declared the winner, hand out periodic tables so that it becomes clear how this little puzzle fits into "Mendeleev's" bigger puzzle, and explain which properties are represented by the numbers on the cards.